Skip to content
Contents hide
1 How Long Do Rabbits Live?
2 Domesticated Rabbits and Wild Rabbits
3 Do Some Rabbit Breeds Live Longer Than Others?
4 Does a Rabbits’ Diet Affect Its Expected Lifespan?
5 Will My Rabbit Live Longer If I Vaccinate Them?
6 How to Ensure Your Rabbit Lives Long and Prospers

How Long Do Rabbits Live?

For some animal lovers, there’s nothing more enchanting than the fuzzy white tail and twitching whiskers of a rabbit. These furry, fascinating creatures have been bred for use as domestic pets for centuries. While it’s true rabbits were initially reared to be eaten, it wasn’t long before they became our friends.

One of the first things to consider when thinking about getting a rabbit is their lifespan. We think of these animals as being very fragile, even close to death in the same way as a short lived hamster or gerbil. In some ways, they are very delicate. Yet, most pet rabbits live eight to twelve years. So, you must be willing to commit at least a decade of care.

This article discusses domesticated rabbits and explores how long they live and what this means for their care.

The first thing to know is wild rabbits (lepus sylvaticus) and domesticated pet rabbits (Oryctolagus cuniculus) are very different creatures. They may look similar, but their evolutionary paths have diverged and scientists now treat them as almost entirely different species. This is important because domesticated (pet) rabbits can live for much longer than their wild cousins.

The reasons for this are simple. Pet rabbits aren’t in constant danger of being eaten by predators such as foxes and owls. They are fed well and, when cared for correctly, do not experience food shortages. When our pet rabbits get sick, we take them to the vet who prescribes medicines and treatments. In the wild, rabbits usually die of sickness or injury.

Do Some Rabbit Breeds Live Longer Than Others?

Many different factors affect how long a pet rabbit lives in the home. Yet, assuming they all were to receive the exact same care, some breeds would still live longer than other domesticated breeds. The Rex rabbit is probably the longest living pet breed with an uppermost lifespan of eleven or twelve years.

It should be noted this lengthy lifespan only occurs in neutered rabbits. Although not impossible, it’s very rare for unneutered Rex rabbits to live longer than six years. The same can be said of most rabbit breeds. So, if you want your pet to live for as long as possible, consider neutering them at five to six months. This is the recommendation of veterinarians.

We’ve talked about the longest living rabbit. Which domesticated rabbit breed lives the shortest life? There’s actually not as much variation among the breeds as you might think. Generally speaking, smaller breeds (like dwarf rabbits) live for longer than larger ones (like giant rabbits). Though, neutering extends the lifespan of almost all breeds.

For instance, larger lop eared rabbits have a lifespan of between five to seven years. After neutering, it’s not uncommon for pets to live as long as a decade. While neutering can be minorly stressful for young rabbits, the potential benefits are huge. Desexing rabbits vastly improves lifespan and makes domesticated pets calmer, gentler and easier to handle.

To summarize, the average lifespan of a domesticated rabbit is anywhere between five to twelve years depending on its breed. Smaller rabbits usually live longer than larger ones.

Does a Rabbits’ Diet Affect Its Expected Lifespan?

Yes, the food that a rabbit eats can have a major impact on its expected lifespan. Just like humans, these creatures must eat specific nutrients and vitamins to stay healthy. Without suitable amounts of fiber, for example, they can’t live for very long at all. This is why it’s so crucial to give your pet a balanced rabbit diet.

Healthy diets for domesticated rabbits are primarily made up of fresh vegetables and hay. Some treats and fresh fruits may be given occasionally. All pets appreciate treats and it’s rewarding to feed them. However, you must be responsible with the amount and variety of treats given. Too much sugar, for instance, leads to obesity and a reduced lifespan.

Pellet feeds from the pet store can be great for rabbits. However, they are often lacking in certain vitamins and minerals. If you are feeding pellets, supplement the rabbit diet with occasional pieces of sliced vegetables (carrots, celery, broccoli leaves, boy choy, etc).

Will My Rabbit Live Longer If I Vaccinate Them?

Rabbit vaccinations are an important part of helping these animals live long, happy and disease free lives. Just like most pets, rabbits can be vulnerable to a range of parasitical sicknesses such as intestinal worms. Rabbits are at risk of contracting a disease called coccidiosis and specific types of brain and kidney parasites.

The good news is they can be vaccinated for a wide range of potential diseases and sicknesses. One of the first things to do after getting a pet rabbit is figure out their vaccination plan. Often, rabbits adopted from rescue shelters have had some or all the required vaccinations. Check with the person in charge of the adoption process.

If your rabbit has not had the necessary vaccinations, book an appointment with a local veterinarian. They will tell you what’s necessary and why. These treatments protect against cancers, parasites and a whole range of other nasties you really don’t want a rabbit to experience. For this reason, they are still the single best way to lengthen a pet rabbit’s expected lifespan. 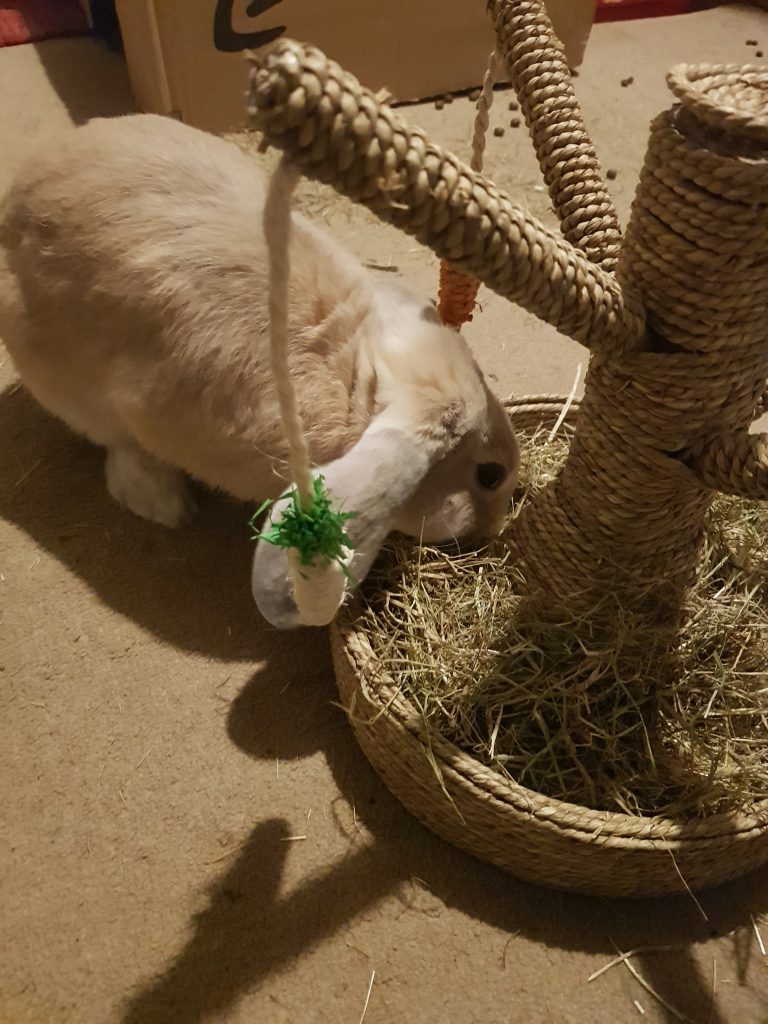 How to Ensure Your Rabbit Lives Long and Prospers

Neutering / Spaying, vaccinations and providing the right diet can all help a pet rabbit live for a long, happy life. Similarly, taking the time to play with your rabbit and stimulate his brain is another good way to extend life. Indoor and outdoor pets require safe objects to chew on as this improves their dental health.

Try to provide unobstructed space for hopping and exploring. This can be tricky indoors because rabbits love to chew on wires and furniture. Yes, it’s a frustration. Yes, it can be a nightmare to supervise. If you’ve done your research though, and fully understand what it means to keep a domesticated rabbit, you should be ready to deal with his needs. 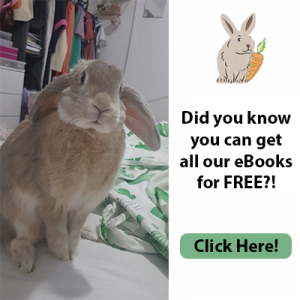